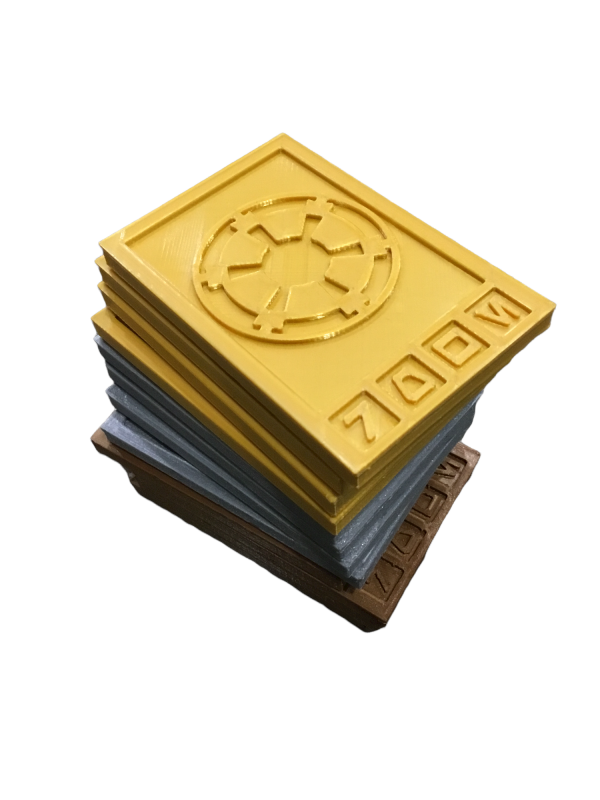 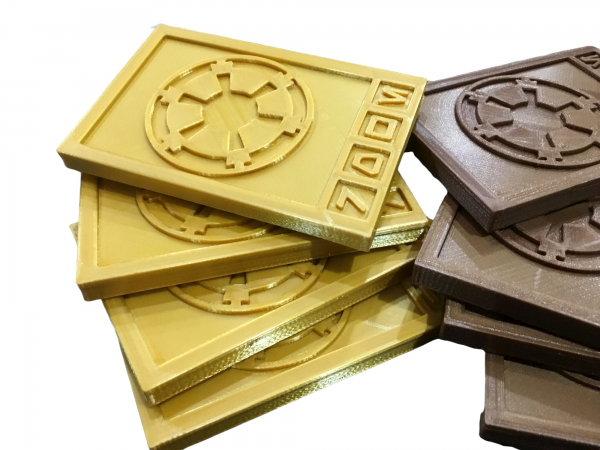 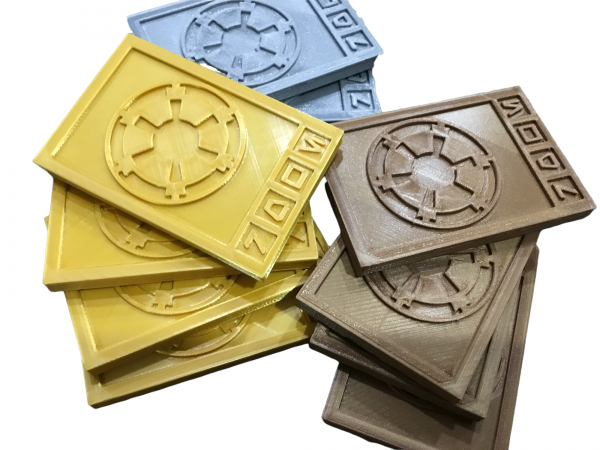 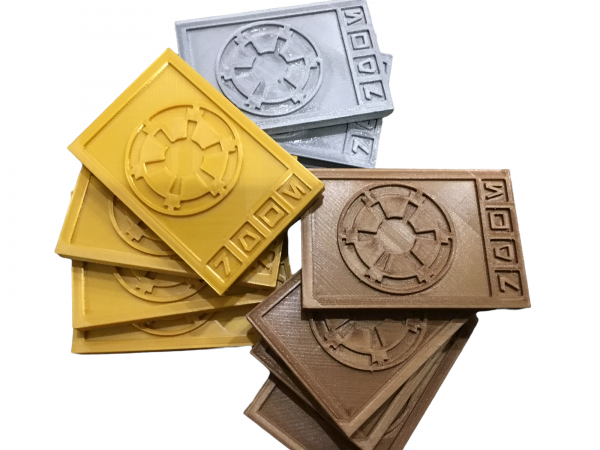 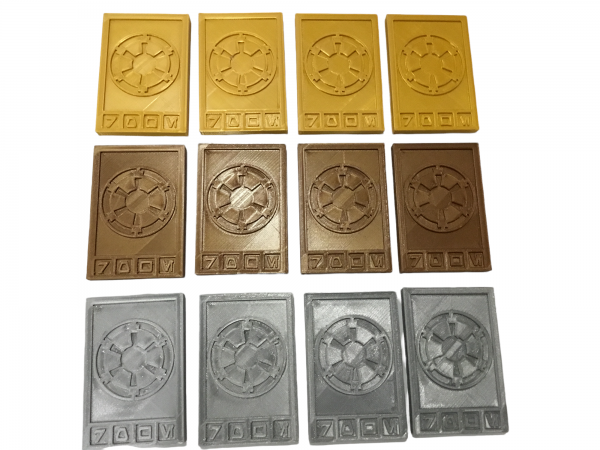 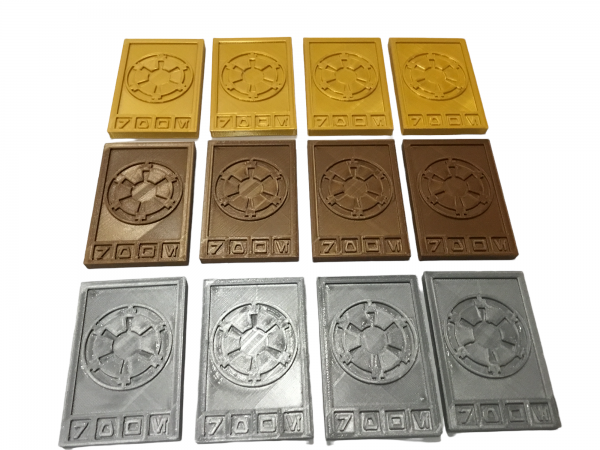 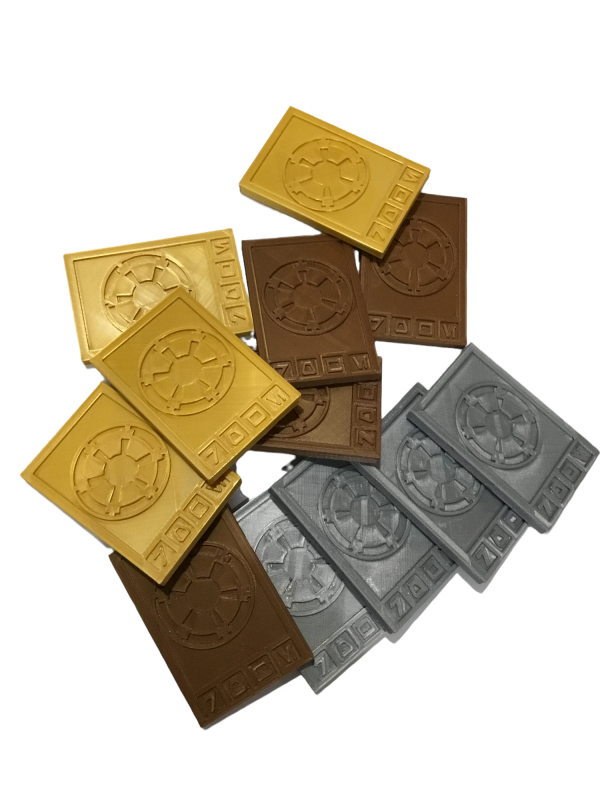 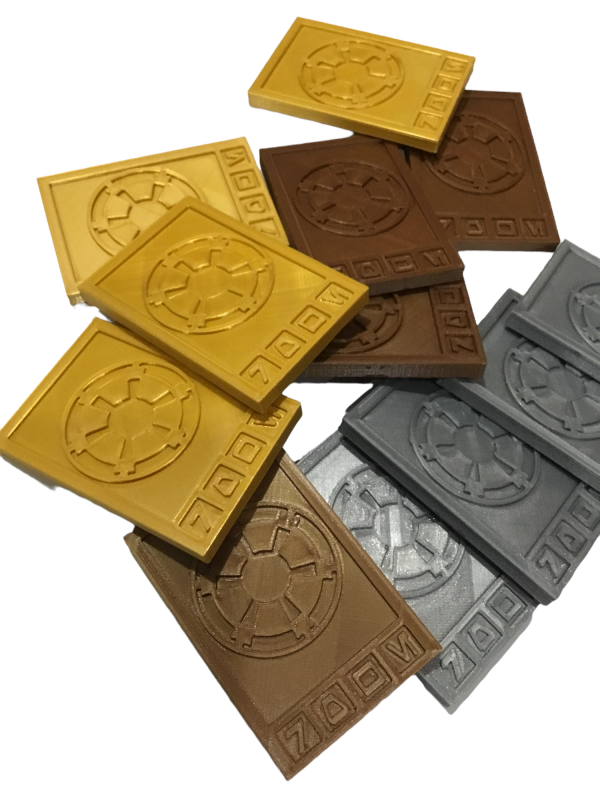 Get your very own Imperial Credits for your next off world mission…Or just Cos-Play!

Imperial credit was the main currency of the Sith Empire used on worlds controlled of the Empire and by citizens and personnel of the Empire.
After the fall of the Galactic Empire, many planets revert from Imperial credits to less homogenized systems and some, particularly those who make their living in the underworld, refuse payments in the currency on principle.
Our Credits Measure as follows.
———–>    2.99″ x 2″ x .28″    <————-
This is perfect for Props, Cosplay, Just Because and Sabacc
Due to the nature of 3D Printing, may contain some very slight imperfections. Nothing major!

Thanks for stopping by

There are no reviews yet.

Only logged in customers who have purchased this product may leave a review.